Each year, the Harvey Penick Award for Excellence in the Game of Life is presented to a prominent leader whose life emulates that of the first recipient, golf legend, Harvey Penick. 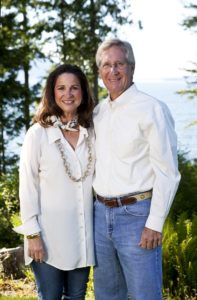 Jan and Bobby Jenkins have been active supporters of the Austin community since making the city their home in 1983. The couple have been married for 37 years and have three children and four grandchildren. As owners of ABC Home & Commercial Services they have successfully instilled a culture of philanthropy among their employees and their family; a culture that impacts programs on a state and national level.

Jan, a Texas A&M grad and former middle school math teacher, has served as a member of the Helping Hand Society for 20 years and remains a supporting member of the Austin Junior League and Elizabeth Ann Seton Board. Jan’s past volunteer opportunities include a variety of PTA leadership positions at Casis Elementary, O. Henry Middle School, and Austin High, and serving as a board member at Good Shepherd Episcopal School. She also enjoyed co-chairing both the Hospice Austin Gala and Alzheimer’s Texas Gala.

Bobby is the past chair of the Texas Higher Education Coordinating Board, American Heart Association, the Greater Austin Chamber of Commerce, Better Business Bureau, Caritas of Austin, and Austin Gives. Bobby currently serves on the boards of United Way, Alzheimer’s Texas, Recognize Good, Austin Gives, College for All Texans Foundation, and Texas Business Leadership Council. A second generation Aggie, he is a current board member of the Association of Former Students.

Closest to their heart is serving on the Moss Pieratt Foundation Board, created in honor of their beloved grandson, Moss. The Foundation raises funds for research and awareness to support the Sudden Unexplained Death in Childhood (SUDC) Foundation. Jan currently serves as an Ambassador to the SUDC Foundation and the UT Health Parent and Family Advisory Board for Pediatric Sudden and Unexpected Death, while Bobby serves a member of the SUDC Board of Directors. Each spring, ABC and the Jenkins Family put on the ABC Kite Fest & MossFest, in support of Communities in Schools and The Moss Pieratt Foundation.

Harvey Penick Award for Excellence in the Game of Life

Since 1992, the Harvey Penick Award has been presented annually to someone whose leadership exemplifies Excellence in the Game of Life, and whose good works inspire lasting change in Central Texas. Previous honorees include Lady Bird Johnson, Ben Crenshaw, Susan and Michael Dell, and Susan and Gary Farmer. 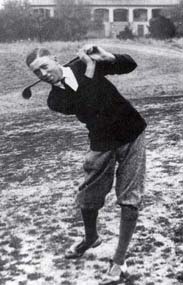 Harvey Penick instructed pro and amateur golfers in Austin for seven decades and coached the University of Texas golf team for 33 years. Hall of Fame golfers like Tom Kite, Ben Crenshaw, Mickey Wright, Betsy Rawls, Kathy Whitworth, and many others credited their success to his memorable insights. Penick was honored in 1989 with the PGA of America Teacher of the Year award, and Harvey Penick’s Little Red Book remains the highest selling golf book of all time.

In 1992, hundreds of people inspired by Harvey Penick honored him with the first Harvey Penick Award for Excellence in the Game of Life at a dinner benefiting Caritas of Austin. Penick was later inducted into the World Golf Hall of Fame in 2002, seven years after his death. 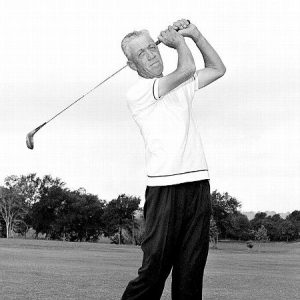 Today, Caritas of Austin continues the tradition of presenting the Harvey Penick Award at our annual Words of Hope Dinner. Honorees have demonstrated a lifetime of excellence in their field of endeavor. These are the community leaders, mentors, stewards of community trust, and champions of the greater good who have left a meaningful legacy in Austin, Texas.