Having lived most of his life with a substance use disorder that ultimately led to homelessness, Gunther Aguado wants to use his experience to help others.

At 13, Gunther’s family left life in Cuba and immigrated to Canada. Adjusting to a completely different climate and culture was difficult, and not speaking the language interfered with his learning. Struggling with a perceived learning disability and an emotionally abusive father left him feeling traumatized and in search of relief. Gunther started drinking to cope and experienced his first blackout as a teenager.

While alcohol was an escape, art was an outlet. Gunther began drawing and painting at a young age and continues to use it as therapy: “It helped me keep my sanity during hardships.”

At 21, he moved to Miami with his mother and brother. “It was great to have family there – less lonely,” Gunther said.

Years after dropping out of high school, Gunther realized a diploma would open doors, so he studied to get his G.E.D. Gunther knew he wanted to make a difference in others’ lives and got certified as a nursing assistant (CNA).

Over years of working for home healthcare agencies, hospitals, and hospice, Gunther developed close bonds and shared his passion for art with patients who were often alone. Years of watching people die with no family by their side shook Gunther to his core and he left the medical field.

Gunther’s self-sabotaging behavior continued and took a toll on those who meant the most to him—even his family wanted nothing to do with him. Gunther suffered from severe depression and reached his lowest point when he chose to buy alcohol instead of paying his rent.

Eventually, “I got sick and tired of being sick and tired,” he says. Determined to no longer view himself as a victim, Gunther began to make changes and deal with his demons.

Looking to build a better life, Gunther moved to Austin last summer. However, he was unable to secure housing or employment and found himself living in a tent. He sought help, and within a few months moved into an apartment with the help of his case manager at Caritas of Austin. It “was a feeling of euphoria,” he said. Grateful and relieved, Gunther is able to sleep deeply again: “It means the world to me,” he said.

Gunther is working with his case manager to build stability and work toward his goals. He now sees each day as a blessing and an opportunity. One such opportunity: Gunther was chosen to be part of the Austin American-Statesman Season for Caring campaign. Gunther now has furniture thanks to Austin’s Couch Potatoes, household items and art supplies from community donors and a car, thanks to donor Bill Evans who donated his late husband’s SUV.

“It’s surreal. Somebody pinch me, please,” Gunther said about his new car and the support from this community.

Most importantly, Gunther has repaired his relationship with his mother and brother. Although he talks to them almost every day, he hasn’t seen them for two years and is looking forward to visiting.

Looking to the future, Gunther wants to be a drug and alcohol counselor. He sees the potential in using his experience to help others and says that this type of outreach is essential to helping himself.

And even further into the future? Maybe he’ll write an autobiography and own a home in his name. 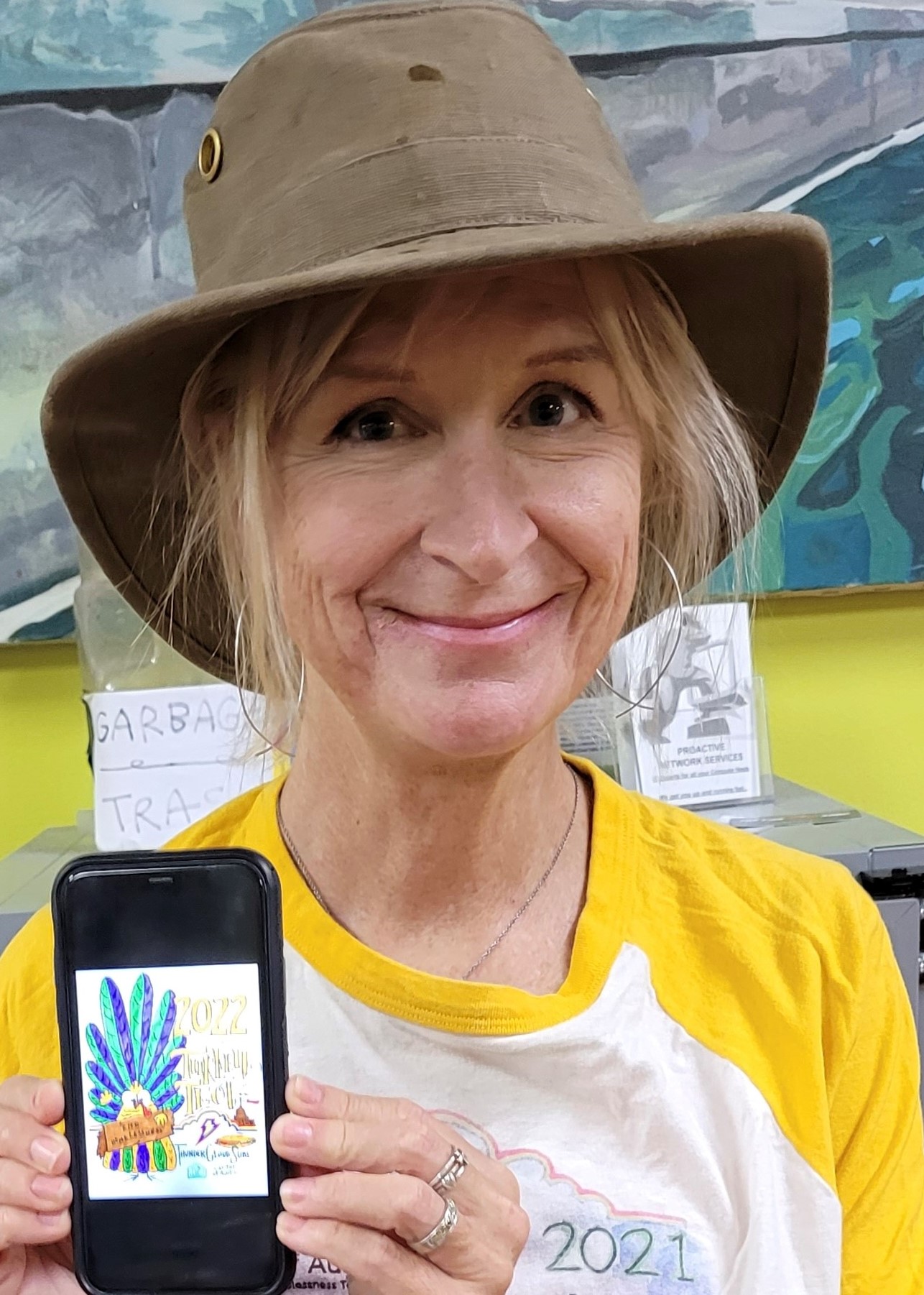 A Work of Heart

For over three decades, the ThunderCloud Subs Turkey Trot has proudly worn the title of Austin’s favorite Thanksgiving tradition. There… 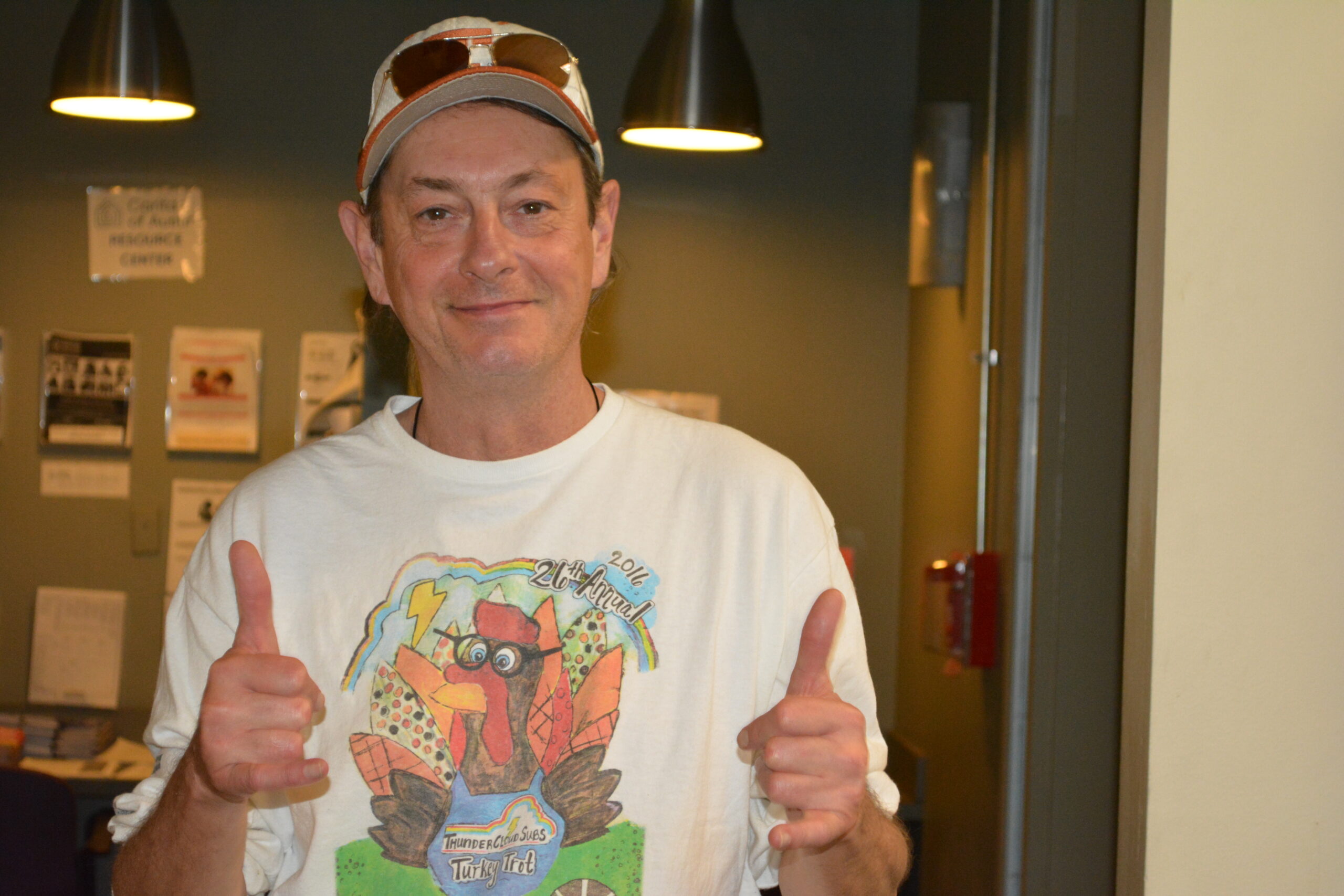